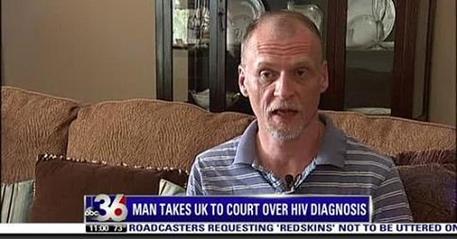 Too Late to Sue?

at UK told him he was HIV positive

and that he found out nearly

a decade later, he wasn't.

UK has maintained all along he

A Judge has to decide if it's too late. Contine reading or click this link to video of ABC NEWS 36.

treated him for HIV.

He never actually had the virus that causes AIDS...

... The veterans dministration had always said,

"You  give us a confirmatory test and we'll start

these benefits for you," Russell said. "But nobody

had a confirmatory test result to provide me to give to the Veterans Administration." Continue reading ...

A U.S. veteran living in Kentucky is suing after a hospital allegedly misdiagnosed him with HIV in 2004. Since then, Bobby Russell, 43, has taken a powerful cocktail of drugs to combat the virus, has struggled with suicide and has had sexual relationships with HIV=positive partners.

"From 2004 until the present day, they never tested him properly for HIV according to the standard-of-care," Russell's lawyer, Jonathan C. Dailey, told the Huffington Post over the phone Tuesday morning. "He had some immune deficiency issues going on, but it wasn't HIV."

​Dailey explained the grave risk such a misdiagnosis carries, saying that Russell may have contracted HIV from one of his HIV-positive partners he dated after his diagnosis. He also said that Russell doesn't know if he contracted HIV over the past nine years. Continue reading ...

Bobby Russell, 43, told LEX18 News he has lived the last nine years believing he was HIV positive. During that time, he has taken powerful medications and only had intimate relationships with HIV-positive people, to avoid spreading the disease, he said.

It's just the most difficult thing I've had to deal with my entire life," he said. 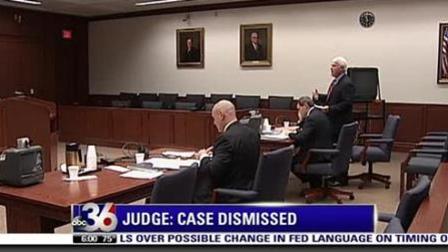 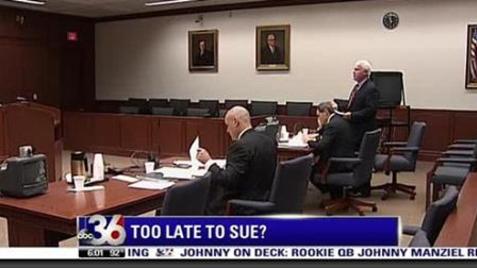 On February 15th, 2008, Lex18 NBC Reporter Leigh Searcy reported the issue regarding the Cabinet for Health and Family Services, Department for HIV/AIDS Branch mailing out an envelope which was too big to be put into the mail box was left in out in the open for my neighbors to see. In all close to 1,000 similar letters were mailed out across the state with the name HIV/AIDS branch as the return name and address being placed on the outside of the envelope.

A big court ruling involving a Lexington man who claimed UK doctors mistakenly told him he was HIV positive only to find out nearly a decade later, he wasn't.

The question before the court: was the suit filed in time?

Fayette Circuit Judge Thomas Clark said it has been too long for Bobby Russell to sue for Medical malpractice. To continue reading and to video, click this link to ABC NEWS 36. ​

treated him for HIV

Bobby Russell received HIV treatments for almost eight years before receiving a shocking diagnosis: He never actually had the virus that causes AIDS.

Now the 43-year-old Lexington man is suing the doctors and others at the University of Kentucky Medical Center, the UK-affiliated Bluegrass Care Clinic, and the Fayette County Health Department for Medical malpractice. Continue reading ... 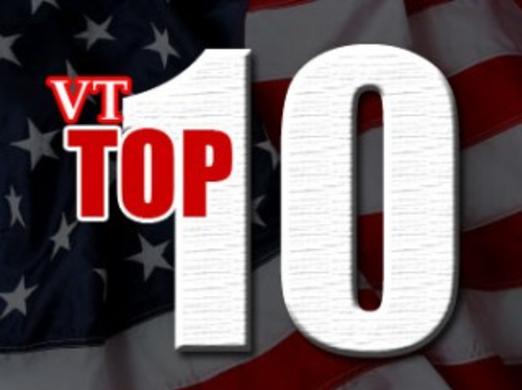 September: Bobby Russell got HIV treatments for almost eight years. But in a lawsuit, he claims he had been misdiagnosed and never actually had the virus that causes AIDS. The 43-year-old Lexington man sued doctors and others at the University of Kentucky Chandler Medical Center, the UK-affiliated Bluegrass Care Clinic and the Lexington-Fayette County Health Department for medical malpractice. UK medical officials dispute his claims of misdiagnosis, saying that he received proper treatment for HIV and that's the reason tests show the virus is suppressed.
Read more here:

... Russell, 43, claims the defendants were negligent in misdiagnosing him and negligent in failing to order the appropriate tests for HIV.

“Emotionally, mentally, it destroyed me. It just destroyed me,” Russell said. “In 2009, when things got really bad for me, suicide was a strong option for me.”
Read more here. 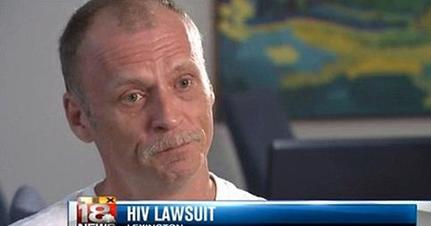 A Lexington man thought he was HIV positive and that he would eventually die from it. He thought that because he said doctors told him that. A decade later he now said he never had HIV at all.

According to Bobby Russell, he upended his life in order to live HIV positive. He said he avoided his family and friends, started a strict regimen of powerful medications and even planned for his own funeral. Now, he's said it was all for naught. Continue reading or click this link to video of ABC NEWS 36.

Jonathan C. Dailey, the Washington D.C. lawyer who represents Russell, said no one ever conducted a full spectrum of tests for HIV.

“The fact is that the standard-of-care-protocol methodologies for HIV testing were never done,” Dailey said. “By failing to follow the standard protocol, and telling him that he was HIV positive, telling him that he could only have relations with HIV-positives, then that damage has been done. You can’t take that back. That’s the critical part of this case.” Continue reading article here.

The University of Kentucky Medical Center and several other medical providers have asked a Fayette Circuit Court to dismiss a lawsuit filed by a man who said he was misdiagnosed in 2004 with the HIV virus that causes AIDS.

The defendants said in Tuesday's filing that Russell was correctly diagnosed with HIV, or the human immunodeficiency virus, when he went to the University of Kentucky Emergency Department on September 17, 2004. To continue reading article, follow link here. 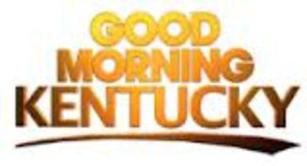 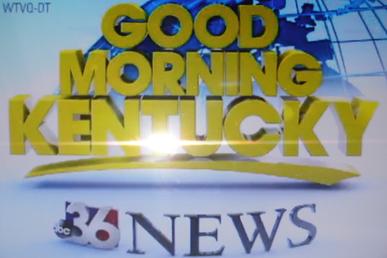 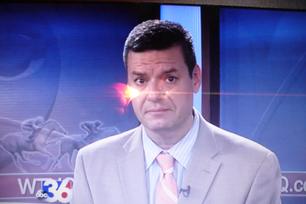 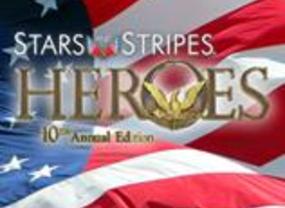 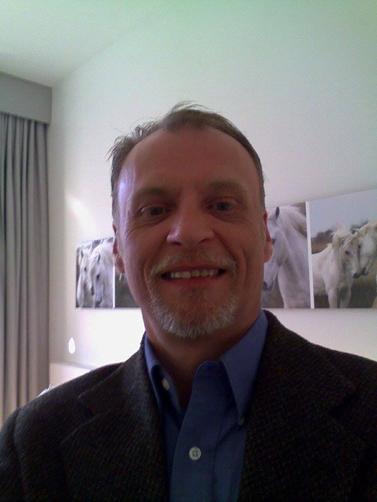 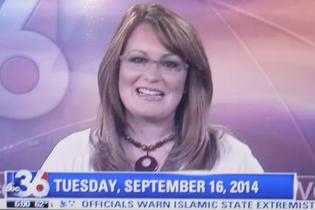